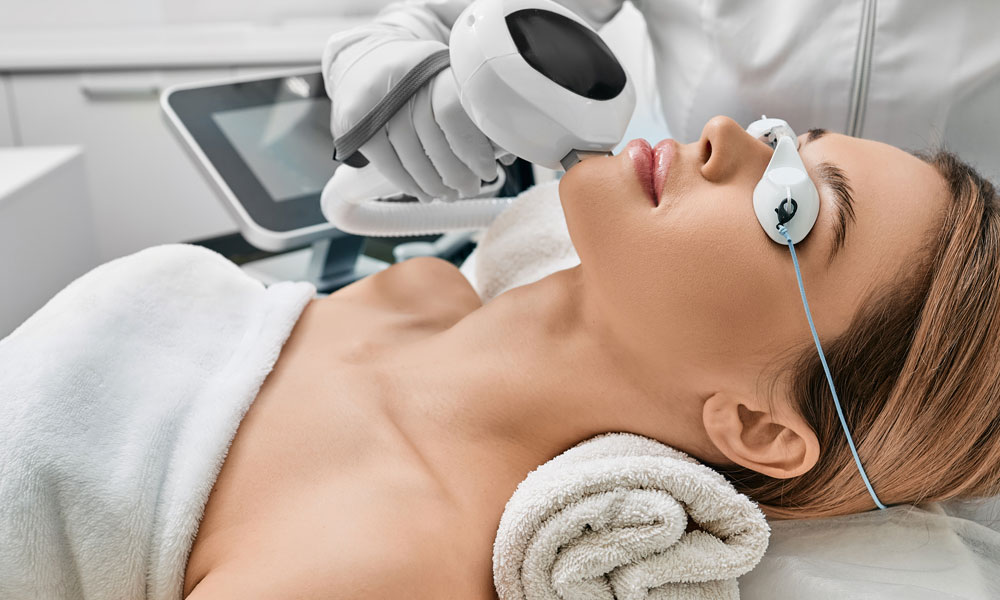 Rosacea is a common skin condition that tends to affect mostly women with light skin. When it occurs in men, the symptoms tend to be worse, causing red, blotchy skin, bumps around the face, and unsightly thread veins.

While it’s not harmful, rosacea can be very unsightly and cause a loss of confidence, especially if the symptoms become more severe.

Unfortunately, we don’t entirely understand how rosacea develops and what causes it. The current thinking is that it may be due to an overactive immune system. Flareups can be caused by drinking alcohol, hot, spicy food, too much caffeine and over-exercising. It usually occurs in middle age and is more likely to affect people with lighter skin.

There are several treatments that can help reduce the redness caused by Rosacea. One of these is laser therapy which uses various devices depending on the extent and symptoms someone has. The most common approaches are:

Laser treatments for conditions such as rosacea are often found as services in expert and dedicated skin clinics like Koha. In many cases, clients will see a 50 to 75% reduction in their redness after about three treatments, which can last for years. To discuss the proper treatment for your rosacea, book a skin consultation with the team at Koha, where they will develop a treatment plan for your specific needs.

If you are contemplating using laser treatment for your rosacea, it’s important that you find the right approach for your condition. IPL is widely used in many spa centres and is relatively free of side effects. You may experience temporary effects such as more redness for a few days or weeks after the treatment and some itching or mild pain. This should all subside relatively quickly, and you can expect to see results in a couple of weeks.

While there is no definitive cure for rosacea, certain things trigger outbreaks and worsen the condition. If you can identify your triggers, you can avoid them as much as possible to reduce your flare-ups.  This, combined with specialist rosacea treatment from the team at Koha, will give you the results you are looking for and give you clearer skin and more confidence.